On April 13, 2007, Tall Hats were seen around schools in the Mt. Pleasant area.  The Association of Lincoln Presenters (ALP) was holding the annual conference in town, and members of the Association were entertaining and educating students in area public schools.

The ALP headquarters was the Brazelton Hotel, where conference registration was underway, and the ALP Board would meet.  The first official all-member activity was a dinner, where conference host/hostess Lee Williams and his wife Jeanie welcomed us to Iowa.   John Freeland, Mayor of Mt. Pleasant, joined in welcoming us to Mt. Pleasant for the 13th Annual ALP Conference.

Following lunch, the group visited the Midwest Old Threshers Museum.  This museum houses many steam engines, antique tractors and other tools and implements needed in farm life and used to till the soil.  The displays included an emphasis on contributions of women to farm life.

The Mary Lincolns returned to the Brazelton Hotel for their Annual Strawberry Tea and business meeting.  Sherri Manthei, Chair of the Marys, conducted the meeting.  After the meeting, Abrahams and Mary Lincolns joined at the Harlan-Lincoln House for a group picture.  After our photographer completed recording the group, we enjoyed a tour of this home.  Mary Harlan, daughter of Senator Harlan from Iowa, had married the Lincoln’s oldest son, Robert Todd Lincoln. This is the house that Lincoln’s grandchildren visited and stayed.

Following dinner, the public was invited to join us at the Iowa Wesleyan Chapel Auditorium for a group of presentations by various Lincoln’s.  The evening program concluded with a moving address by Frederick Douglass, portrayed in first person by Michael Crutcher, Senior.

Sunday morning, the membership gathered at the hotel for a church service led by fellow ALP Member Chris Small.  After worship, Jim Sayre led a Round Table Discussion on topics of interest.  After lunch, Murray Cox led a tour of Arsenal Island, Rock Island, Illinois, while other members began their homeward journeys. 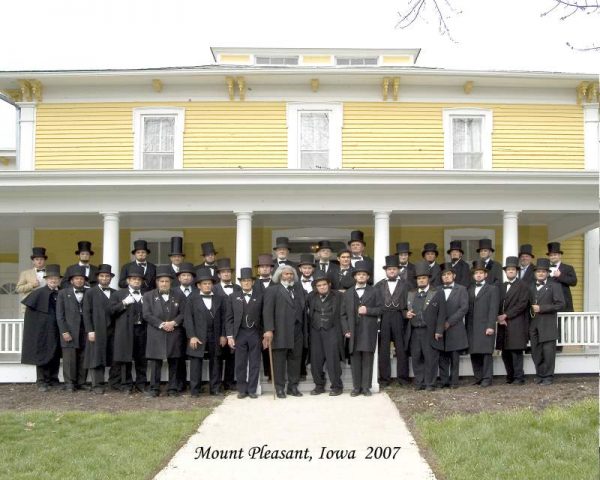 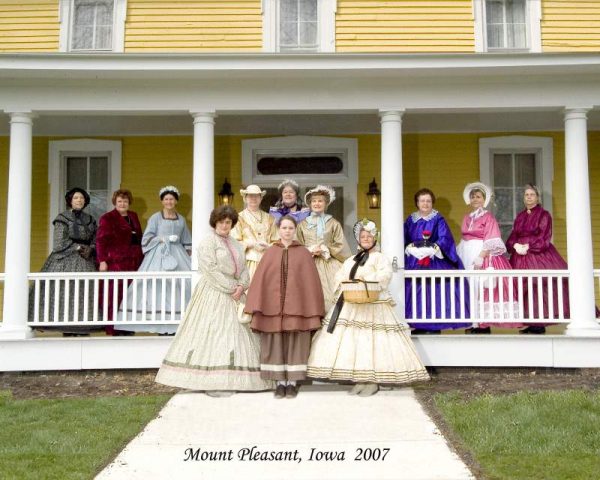