The 25th annual conference of the Association of Lincoln Presenters, hosted by Joan Britton and Homer Sewell, began on Thursday, April 11, 2019, at the Amicalola State Park and Lodge in Georgia.

Two events were scheduled simultaneously for 4:30 to 5:30 p.m. — a question-and-answer session for men led by Sewell and Tom Wright (Oak Ridge, Tenn.), and a workshop on period accessories for women led by Susan Miller (Nicholasville, Ky.). Sewell and Wright reported that a “lively discussion” took place amongst those who attended their session, which included “a wide range of things Lincoln.”

“We passed around an Etiquette for Gentlemen; we also talked about how some of us deliver the Gettysburg Address and how we return a salute to a soldier who salutes you,” according to Wright.

(Please see addendum to this report below for account of women’s activities.)

A buffet supper was later served in the lower level of the lodge.

In the lower lobby of the lodge, a bright young employee of the state of Georgia introduced us to live examples of three birds native to Georgia — a screech owl, a red-tailed hawk and a black vulture — and related facts about the individual birds and those species in a program lasting about one hour.

Many took advantage of the time following the presentation and prior to bedtime to mix, mingle and converse.

On Friday morning, buses belonging to the Jasper (Ga.) United Methodist Church left the lodge at 9 a.m., traveling in heavy fog at first; the weather cleared as we went along. We arrived at Blue Ridge, Ga., and got off near the depot of the Blue Ridge Scenic Railway. We posed for official group photos and then boarded the train for a ride of about an hour alongside the Toccoa River on tracks once part of the Louisville & Nashville system.  A guide in the rail car provided insights and commentary on what we saw along the way.  At our destination — the twin towns of McCaysville, Ga., and Copperhill, Tenn. — the temperature was 66 degrees and drizzle was falling, but the drizzle stopped within a half-hour after we arrived.

The train passengers had about two hours for sight-seeing and lunch. Our male members were on their own for lunch, but the ladies held their Mary Lincoln Luncheon in McCaysville. The train departed McCaysville at 2 p.m., arriving back at Blue Ridge an hour later. We had about an hour-and-a-half to take in the sights there before our supper was served at the Southern Charm restaurant across the street from the train depot. Our return bus left Blue Ridge, getting us back to Amicalola Lodge, our day’s starting point, at 6:45 p.m.

Shortly thereafter, author Ann K. Gunnin began her presentation based on her book “Letters to Virtue,” which features the letters of her great-great-grandfather written while he was a soldier in the Union Army during the Civil War. Many were written to his wife who bore the first name “Virtue” (hence the title). The speaker related some incidents of her ancestor’s life and career and explained how his letters came to survive and be featured in her book.

The annual business meeting of the ALP followed, with attendees meeting from about 8 to 9:45 p.m. The highlights of the business meeting are included in the President’s Report found elsewhere in this issue of Lincarnations.

On Saturday, the 13th, buses left the lodge at 8 a.m. At our first stop — the Tate Marble Quarry — we viewed the works (an opportunity seldom afforded visitors) and heard a talk on the history of marble in Georgia, the Tate Company, and of Colonel Tate, who headed the company in the 1920s and ‘30s.

From the quarry we rode the buses for about an hour to Kennesaw, Ga., and paid a visit of about three-quarters of an hour to the Kennesaw Southern Museum, home to the “General,” the locomotive stolen by Union raiders in the Civil War. From there we went to the Ben Roberts Community Center, also in Kennesaw, for lunch. The Atlanta History Center was our first stop of the afternoon, and we immediately proceeded to the Battle of Atlanta Cyclorama within the center. We had about an hour-and-a-half to enjoy the history center, including the “Texas” locomotive, which successfully chased the “General.”

We next traveled to Jasper, Ga., where we paid about a 20-minute visit to the old Pickens county jail. We then returned to the lodge, arriving about 6 p.m.

There we heard Gerald Flinchum, author of “The Civil War in Pickens County,” speak on his findings. The evening concluded with supper, followed by musical entertainment, drawings for door prizes and the conclusion of the silent auction.

The conference officially ended with a worship service at the Amicalola Falls Lodge at 10 a.m. Sunday, April 14, 2019. It was led by Max Caylor, retired clergyman of the United Methodist Church.

Mary Lincoln members of the ALP enjoyed a Period Accessory Workshop on Thursday afternoon at the conference. Ladies made a Victorian ribbon chatelaine. All the supplies were available, including ribbon, lanyard hooks and skeleton keys to hang off of the chatelaine. Members made two items that would have been in a lady’s sewing basket — an embroidered felt scissor case and pin cushion. Also, some members made a lacy hair piece using “Goodwill” doilies, flowers and ribbon.

The Mary Lincolns enjoyed a special luncheon at Pat’s Kountry Kitchen while in McCaysville. A private area of the restaurant was decorated and participants took home a rose hair wreath and Easter egg with treats. Eighteen ladies attended.

The theme of the 2019 conference luncheon was “A Rose for Mrs. Lincoln.” Participants received a booklet with information about the Victorian Language of the Flowers, what different colors of roses symbolize, plus research concerning the roses that Mary Lincoln could have worn and with several pages titled “Flowers in Mary Lincoln’s Life.”

We had a local florist speak on the history of the language of flowers and made a tussie-mussie out of many different flowers explaining what the meaning of each flower was.

This was our annual business meeting and Susan Miller, ML chair, reported that three new Mary members had joined the ALP this year. She also noted the loss of Bonnie Priebe (Belleville, Mich.), who passed away in January. Joan Howard (Frankfort, Ky.) spoke about the history of the ALP in celebration of our 25th anniversary.

A year in review included information about the Mary Lincoln Coterie in Springfield, Ill., and Lincoln Days in Hodgenville, Ky. The Association of Lincoln Presenters donated $1,000 to support the Mary Lincoln Bicentennial Symposium held at the University of Kentucky. Ten ALP members attended the Nov. 2, 2018, symposium. ALP also hosted the Bicentennial luncheon.

If you didn’t attend the conference this year, you missed out on a lot of fun, frivolity, great information, old friends, and new folks. A collection of photos is available from our official photographer, Mary Armstrong.  She can be contacted at graceanhope@yahoo.com. 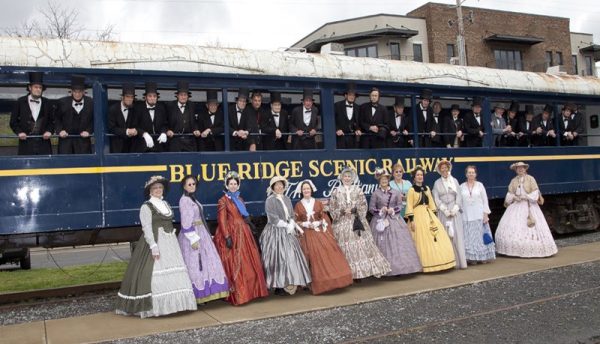 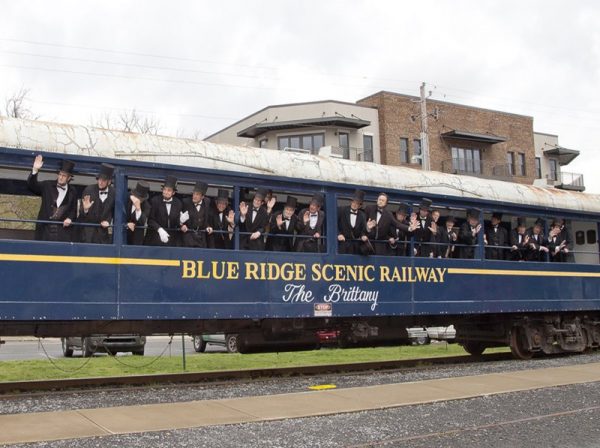 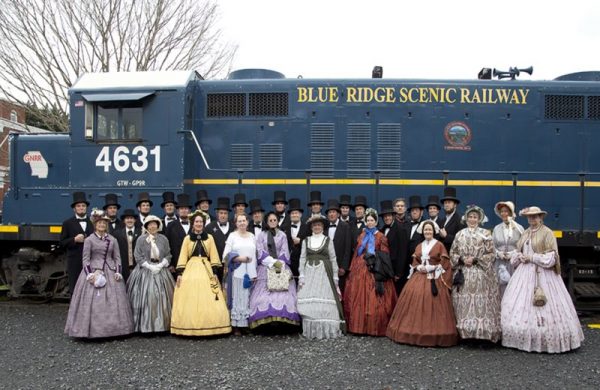 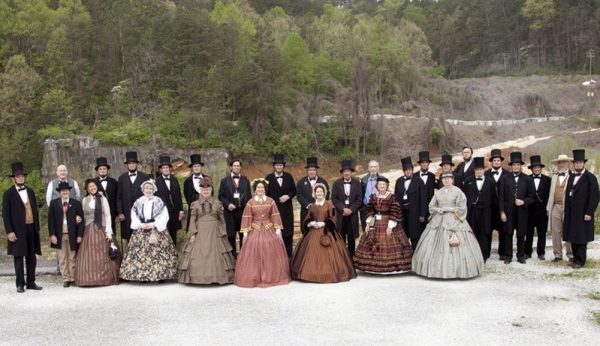 Please mention that you are with the “ALP Conference” when making a reservation.