A warm sunny afternoon greeted the ALP Membership arriving for our annual conference (April 12-15, 2012) in Decatur, Illinois, at the Decatur Conference Center and Hotel. The Conference Committee, working with the able leadership of host/hostess Joe and Vicki Woodard, had completed thoughtful planning and were putting the plan into action. Registration began at 2:00 PM, and they were prepared for all who had pre-registered and for “walk-ins.”

The conference opening session (7:30 PM) featured a presentation by Lincoln sculptor John McClarey. Among Mr. McClarey’s Lincoln sculptings are: Lincoln Draws the Line; Lincoln the Surveyor; Vision for a Greater Illinois; A greater Task; A House Divided; The Last Stop; and Sitting with Lincoln. Our Conference Packet included a publication by the Illinois State Historical Society, Lincoln in Sculpture written by Carl Volkmann. This little paperback is a handy reference to Lincoln sculptings found in Illinois, including the works by Mr. McClarey. A reception followed Mr. McClarey’s presentation.

Friday morning was overcast as we boarded buses for a tour of Decatur Historical Places. Each bus had a tour guide (Mr. Kim Bauer and Mr. Mark Sorenson). Our first stop was at the Oglesby Mansion, where Governor Oglesby (Dick Torgerson) greeted us. Standing on the front porch, he reminisced with us for a while. You may recall Oglesby also was Kentuckian by birth, and a personal friend of Lincoln. He was instrumental in getting “the Railsplitter” label for Lincoln during the 1860 election.

The next tour stops were in downtown Decatur. At the various sites we were treated to presentations/explanations by colleagues. Vern Risty spoke about “Coming to Illinois” at the site of Lincoln’s first night in Macon County. At the site of the first Macon County Courthouse, Randy Duncan spoke about “Lincoln on the Circuit.” We also visited the site of the “Anti-Nebraska” editors’ meeting. Near where the 1860 Nomination Convention took place, John Walther spoke about Lincoln napping during the convention with, “Wake Up, Lincoln.” Kathleen Jensen addressed us on the Grand Army of the Republic (GAR) in front of the “Lincoln’s Legacy” memorial.

Rain cut short our walking tour of downtown Decatur. Hence, the rain plan was put into effect. We arrived early for a delicious buffet lunch at the Madden Center of the Decatur Arts Council. After lunch, John Biedler presented the story of the man for whom the host city was named – Stephen Decatur. This presentation was a fitting remembrance of a hero of the War of 1812 during the war’s 200th anniversary. His comments reinforced in our memories what tremendous daring and sacrifice our service men and women make for our freedoms. In context, this presentation gave a deeper meaning to the text of our “Marine’s Hymn.”

Back on the busses, we traveled a short distance to the Macon County History Museum. This museum had a considerable collection of Lincoln related items, as well as many items from throughout American History. On the grounds we found an 1860’s one-room schoolhouse, an 1850’s log cabin, and Macon County’s First Courthouse (the same courthouse where Lincoln practiced law). In addition to seeing the exhibits, this visit included opportunity to view a video history lesson about Lincoln’s connections to Macon County. Since the rain had stopped, we took advantage of the historical structures to record group photos.

Our next stop was at the Lincoln Homesite in Macon County. This undeveloped site is high on bluffs overlooking the Sangamon River. The setting is tranquil, and the visitor while gazing across the river can easily imagine the changing beauty of this place as the seasons pass.

Back at the hotel, we enjoyed a buffet supper, followed by the presentation, “Children’s Remembrances of the Lincolns.” In his presentation, Kim Bauer (Director, Lincoln Heritage Project) shared with us considerable information he has learned in various positions and as a Lincoln scholar. The evening concluded with our ALP Business Meeting.

On Saturday morning the conference attendees enjoyed a Lincoln Colloquium, which was also open to the public. The first workshop was conducted by Gerald J Prokopowicz, author of Did Lincoln Own Slaves? and All for the Regiment: The Army of the Ohio. His topic was, “Lincoln Q and A: Turning Bad Questions into Good Learning.” In the discussion, Mr. Prokopowicz and audience members shared ways to address various questions that we may encounter, concentrating on some that could be sensitive.

The second hour had the topic “Lincoln Stories from the Surrounding Communities.” In this session, Ms. Kathryn Harris, Mr. John Lupton and Mr. Guy Fraker related stories about the Lincolns. Of particular interest were comments about “People of Color” with whom Lincoln family members interacted.

At 2:00 PM the two groups joined to hear ALP Member Donna McCreary’s address, “What Mary Wished Abraham Knew: Etiquette in the Early 19th Century.” The presentation was most enlightening about decorum, and especially use of gloves. Perhaps what some of us believed to be an extravagant number of gloves for Mary to own may have been just meeting necessity.

The colloquium concluded with ALP Member Kathleen Jensen facilitating a “Participatory Workshop on Children’s Games and Toys.” This session provided attendees the unusual opportunity for hands-on experiences with period games and toys for one person, for two or more people and action games (Hoop; Graces; Jacks and Jump Rope).

At 5:00 PM our silent auction began, and we had time to socialize. We then enjoyed a delicious banquet, followed by a keynote address: “The Hardest Question: Lincoln and Equality.” Our presenter was again author Gerald Prokopowicz. Following the speech, the group enjoyed a Mid-Nineteenth Century Style dance with caller and live music by Motherlode String Band.

Sunday morning started with the traditional ALP Worship Service. Those assembled sang, prayed, listened to scripture and heard a message from Joe Woodard. At this point some members journeyed to Springfield, IL for worship in the Presbyterian Church where Lincoln’s owned a pew. Others joined together for round-robin discussion of topics of interest. Following the discussion, with best wishes for safe travels and that “God Be With You Til We Meet Again,” the Conference adjourned. 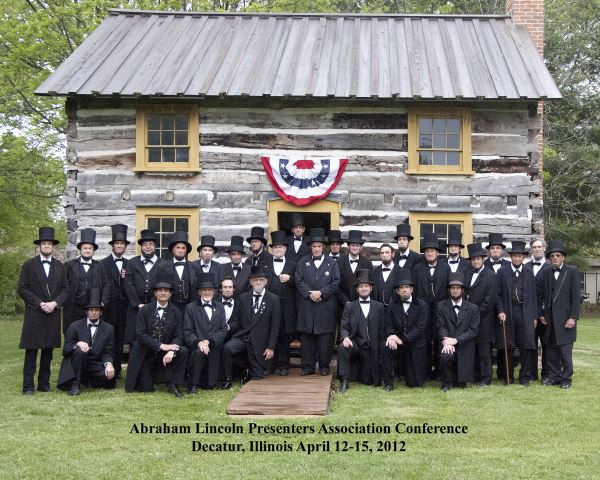 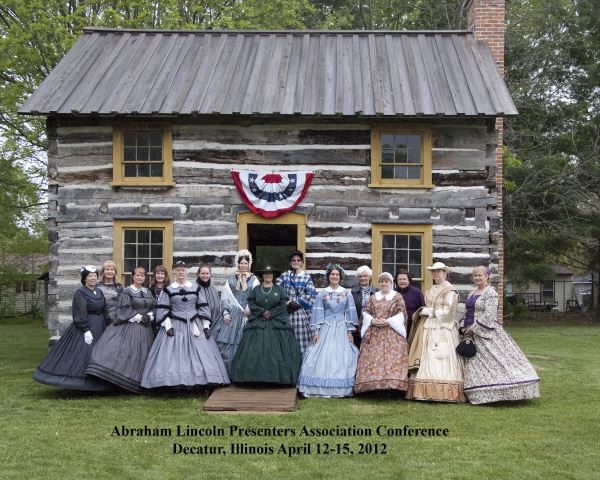