Excitement came to the bluegrass state April 20-23, 2017 when the Association of Lincoln Presenters (ALP) held its annual conference in Lexington, Kentucky. The group visited various places in Frankfort and Lexington where Mary and Abraham Lincoln walked.

On Friday, April 21 the Association traveled to Frankfort and spent time at the Kentucky State Capitol. Secretary of State Allison Lundergran Grimes welcomed the ALP in the Capitol Rotunda beside the large statue of Abraham Lincoln.  Mary Lincolns enjoyed the collection of Kentucky First Lady Inaugural ball gown dolls.  Lunch was served in the Old Governor’s Mansion.

The group walked to the Kentucky History Center.  There, the special collections director brought out Todd and Lincoln artifacts that are not on display.  We enjoyed the permanent exhibit of 225 years plus of Kentucky History.  Stuart Sanders of the Kentucky Historical Society gave a presentation about Emilie Todd Helm and General Ben Hardin Helm in the Old State Capitol.  We know that Lincoln spent time in Frankfort because it was the home of Mary’s step mother, Elizabeth Humphries.   Later that evening, Kent Masterson Brown spoke and showed his video “The Lincoln’s in Kentucky.”  At the ALP’s Annual Business Meeting, Tom and Sue Wright were presented the Excellence Award for Distinguished Service for 2016.

Heavy rain did not deter our activities on Saturday morning.  The Lincolns paid a visit to Camp Nelson in Jessamine County.  Camp Nelson was a Civil War Supply Depot from 1863-1866.  It was also the third largest training camp for African American soldiers.  A special Lincoln  Memorial service was held, with a 21-cannon salute taking place at 10 am.  Lunch and speakers were located in the reproduction of a barracks.  Canes Chicken Fingers donated the lunch.  Dr. Steve McBride spoke to the Lincolns about Camp Nelson and what role it played in the Civil War.   Mrs. Lincolns enjoyed a presentation about Victorian Mourning Customs by Cathy Taylor.

At 1 o’clock, the group attended a moving memorial service honoring former ALP presenters who have passed away.  The memorial was held in the beautiful Lexington Cemetery, at the grave site of Cliff Howard, a charter member of the organization.  Cliff also portrayed President Jefferson Davis and offered a ‘balance’ in recognizing two Kentuckians contribution to American history during the time when America was torn asunder.

The service opened with a words of welcome (Jim Sayre), then all joined in singing “Amazing Grace.”  Larry Elliott read a portion of scripture, followed by David Chaltas, in the persona of General Lee, who sang “We Drank from the Same Canteen.”  As the names of the fifty deceased members were read (Sharon Wood and Jim Sayre), Madeline Howard rang a bell once for each person.  Alex Howard placed a wreath at their grandfather’s grave. Jack Pattie, Federal Bugler, played taps and “Gen. Lee” offered the benediction.

Ron Bryant was a tour guide for the Lexington Cemetery and talked about the Todd plot located across from Henry Clay’s massive monument.

Another highlight of the day was visiting the Mary Todd Lincoln House.   Guides at the house talked about Mary’s step sisters and brothers.

Saturday evening the association enjoyed a Kentucky Fair buffet dinner. Don and Sylvia Coffey entertained with period music using the bass, hammered dulcimer, banjo and guitar.  Joan Howard led an enjoyable Civil War Song sing-along.  We sang and learned a little history about  the period songs.  We also learned about the Punch and Judy puppet show and that the Lincolns enjoyed attending Punch and Judy puppet shows.  At our puppet show, we saw that Punch actually helped the President write some of the Gettysburg Address.   The annual silent auction offered many Lincoln books and memorabilia items. 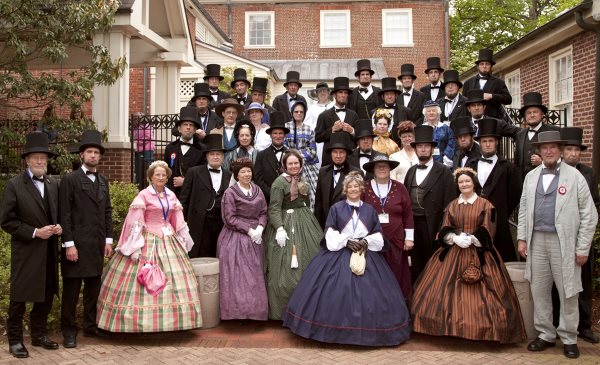 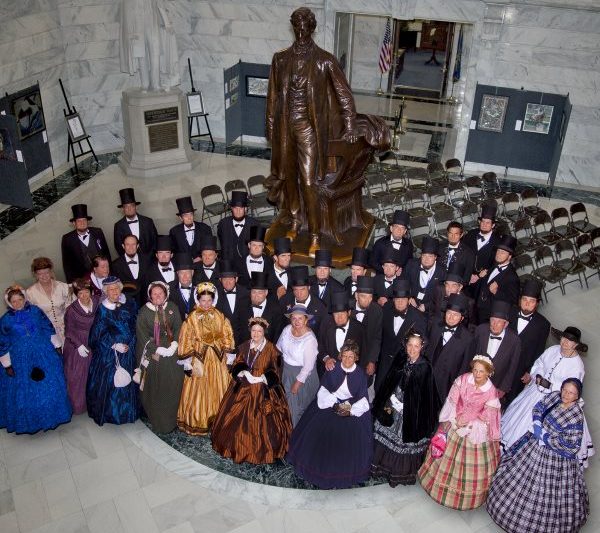 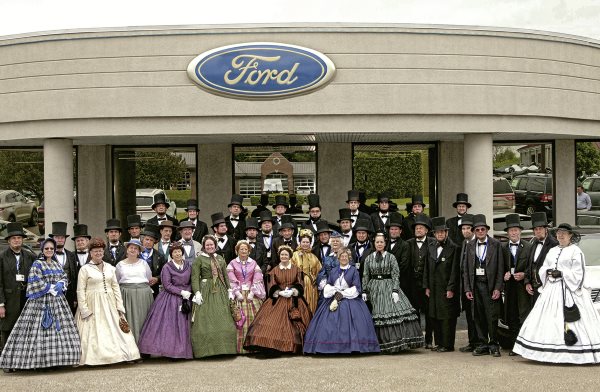