Southern hospitality was the word upon our arrival at the Eola Hotel in Natchez, Mississippi for the 20th Annual ALP Conference.  The conference host, Norman Zucker, had planned for months to assure us that our conference in the Deep South would be enlightening and worth our investments of time, travel and expense.  Norman’s vision became reality.

The Thursday evening activities included a social hour and buffet dinner, followed by a presentation by Professor Michael Ballard, of Mississippi State University.  His speech introduced us to “Atrocities at Milliken’s Bend Supply Depot,” named for the diversionary actions of John Milliken.  It was at Milliken’s Bend that many slave families reported, which created logistical problems for the Union Army.  It was here that Col. Isaac Shepherd (3rd Missouri Regiment) started to raise a Black Brigade under Sherman, fulfilling Gen. Grant’s General Order #25, that all officers must facilitate recruiting and training of black soldiers.

Friday morning, following breakfast, we boarded a bus for the Natchez Visitor’s Center.  Here we viewed a twenty minute film introducing us to history of the area.  The Center administration supported the ALP visit through a major contribution to defray our transportation costs.

From the Visitor’s Center we traveled to Louisiana and the Frogmore Cotton Plantation.  This plantation visit gave us much information and an opportunity to see tools used in plantation life during the Civil War period and beyond.  The Turner’s were remarkable hosts, escorting us through buildings on their property.  Mrs. Lynette Alta Turner narrated a presentation about plantation life and slavery.  She informed us that Louisiana Territory was under French law.  Slave couples had to be sold together, and any child under 14 years of age could not be sold separately from his/her parents.

As parts of the Louisiana Territory applied for statehood, they did not maintain the French law nor that standard.   We later learned that some slave dealers in Natchez, a large slave market, practiced their business in compliance with the French law standard.

Our evening meal was at the Lansdowne Plantation, where we enjoyed a presentation on southern cuisine.  The meal concluded with Gospel Music presented by the plantation cooks and servers.  We then retired to the hotel for our Annual Business Meeting.

We boarded the bus early Saturday morning for Vicksburg.  Our tour guide was General Parker Hills.  We first stopped at the Vicksburg Visitor’s Center, where we viewed a short film introducing us to the Vicksburg Military Cemetery.  We then traveled through the cemetery, with stops at the various memorials.  General Hills kept us informed about the sites, and provided commentary about the Siege of Vicksburg and Pemberton’s surrender to Grant. It is interesting to note that Pemberton’s men were granted leave to go home following the surrender.  We had lunch at the USS Cairo.

Sunday morning we visited the Natchez Slave Market site.  Here we were privileged to hear a local person speak on the significance of this slave market, and why it was just outside the city.  Another local singer then presented several Gospel Songs.

We boarded the bus, and were off to three plantations (Linden, Stanton and Longwood).  Each had a different flair, and tour guides with special interest in their home.  Many of the furnishings had interesting stories which were related by the docents.

Following the plantation visits, we returned to the hotel for a box lunch.  Lunch was followed by a church service at Trinity Episcopal Church.  Chet Damron led the service, and Michael Crutcher provided the sermon.  Michael’s topic was, “Reconciliation of Master and Slave.”

Several members continued the conference by touring with General Parker Hills, following General Grant’s Campaign to the South and East of Vicksburg.  Others bid fond farewell, amid wishes for safe travels home. 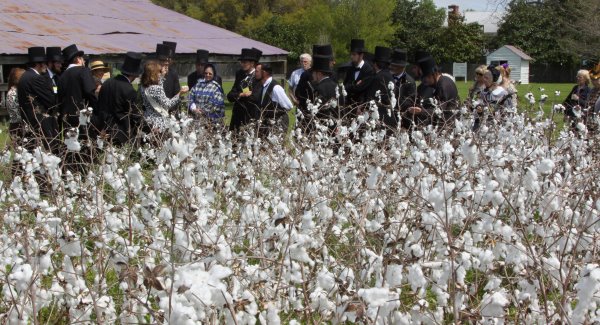 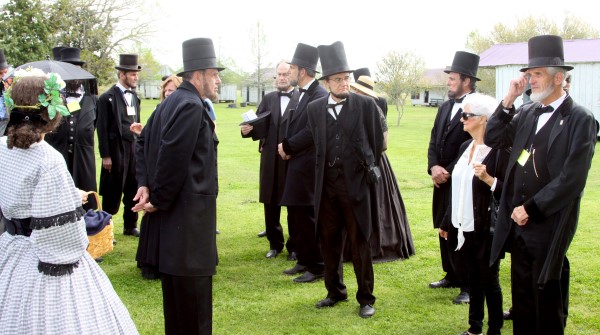 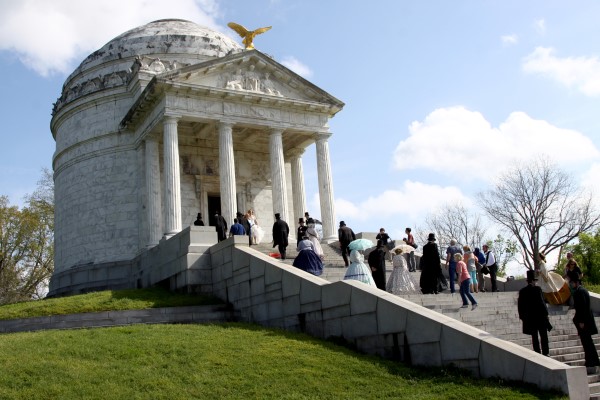