The 17th annual conference of the Association of Lincoln Presenters (ALP) met in Greeneville, Tenn., in April 2011. Greeneville lies in the extreme northeast section of the state of Tennessee. It is a historic town with several claims to fame, but arguably, is best known as the hometown of Andrew Johnson, Abraham Lincoln’s second vice president and Lincoln’s successor in office. Several of our members stated that they gained a new perspective on Andrew Johnson from what they learned during our conference.

Following registration and the board of directors meeting on Thursday, the members sat down to a welcome banquet at the General Morgan Hotel and Conference Center. Our after-dinner speaker was “Andrew Johnson”, portrayed by Greeneville resident and National Park Service ranger Daniel Luther. Following the meal and speaker, we had a social time, providing an opportunity for members to meet, mingle and renew acquaintances.

Friday morning was devoted to academic historical presentations, this portion of the conference being simultaneous and co-terminus with a colloquium titled “Unpacking Lincoln: Research and Results,” and sponsored by ALP, The Andrew Johnson National Historic Site, and others. The principal speaker was noted author and speaker Harold Holzer, who spoke first and last to plenary sessions of the colloquium.

Other “break-out” or “track” sessions included: “Why Lincoln Chose Johnson,” presenter Robert Orr; “The Other Andrew Johnson Family: His Slaves,” presenter Randi Nott; “A Confederate Ironclad, Five Medals of Honor and McCormick Hall: The Story of the Wyalusing Bell,” presenter Myron “Jack” Smith Jr.; “The Civil War in East Tennessee,” presenter Carlos Whaley; and “Research, Results and Interpretation: A Practicum,” presenter Kendra Hinkle. Free time for most of the members followed Holzer’s second presentation, until 4 p.m. when he gave his third presentation of the day – this time to ALP members only.

After the evening meal, the dining room was cleared and the hotel staff transformed the room into a ballroom. Local residents, dressed in mid-19th-century attire and collectively known as the 1860’s Living History and Dance Society, joined ALP members for dancing contras, waltzes and some other dances appropriate to the Civil War period. Our annual ALP Business Meeting convened following the dance. Those recognized for attendance at all 17 conferences were Charlie Brame, Jim Sayre and Homer Sewell. Vern Risty, so recognized last year, was unable to attend, as he was recovering from injuries received in an accident.

Around noon, at the hotel, the ladies’ luncheon and Mary Todd Lincoln Committee meeting took place. In the afternoon, the bus left to take us to Tusculum College and the nearby Doak House. Some members took their own cars to the Davy Crockett birthplace.

That evening, we took supper together at the hotel and then took the bus to the Niswonger Performing Arts Center, a large, very modern auditorium in Greeneville. An audience of approximately 1,000 joined the ALP to enjoy a program titled “American Legacy,” and featuring the 113th U.S. Army Band “The Dragoons“, based at Fort Knox, Ky. The first portion of the program featured the band playing musical interludes between monologues by Daniel Luther as Andrew Johnson and four Tennessee ALP members — Whit McMahan, John Mansfield, Dennis Boggs and Chris Small – as Abraham Lincoln. The program after intermission was all music by the 113th Army Band. The program was sponsored by Takoma Regional Hospital, the Andrew Johnson Heritage Association, East View Eye Care, the Women’s Center of Greeneville, COGfilm and others.

Sunday’s worship service began with some short, personal remarks and special music by Chet Damron. A sextet of Lincoln presenters then sang two hymns. Following that, our host, Chris Small, led prayer and introduced the main speaker, Doyle Tunnel, a Greeneville barber and United Methodist minister. One verse of “God Be With You ‘Til We Meet Again” and a closing prayer ended the service. Around 9:00 a.m., a bus left the hotel carrying some of the conference attendees, while others followed in their own vehicles. The motorcade traveled to Harrogate, Tenn., and the Lincoln Memorial University and its Abraham Lincoln Library and Museum. Bus riders stayed for approximately two hours while others stayed longer. We were all treated to an entertaining and informative tour by the museum’s director, Thomas Mackie. Following the tour, he took some of us into the vault and showed some items from the archives, told more about the institution’s collection policy, and gave some of us hints on sources for our own research. The bus riders returned to Greenville where the 2011 conference officially adjourned. Written by Joe Woodard, Lincoln Presenter 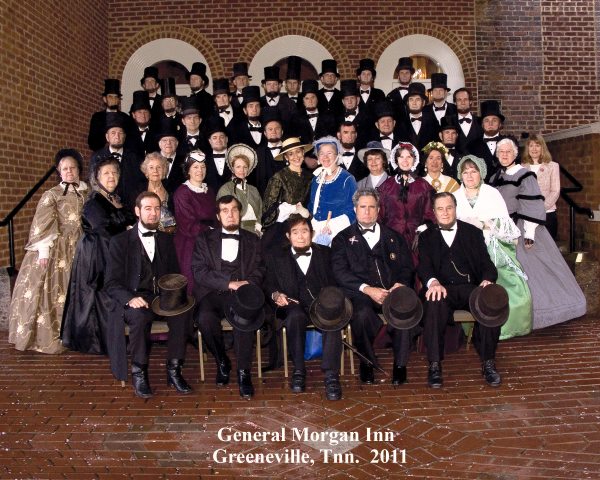 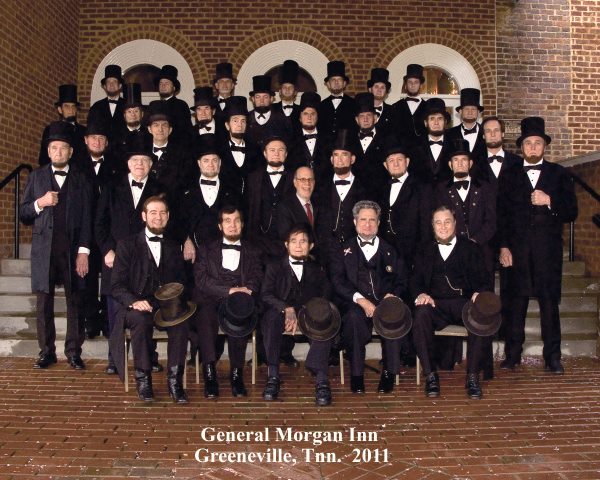 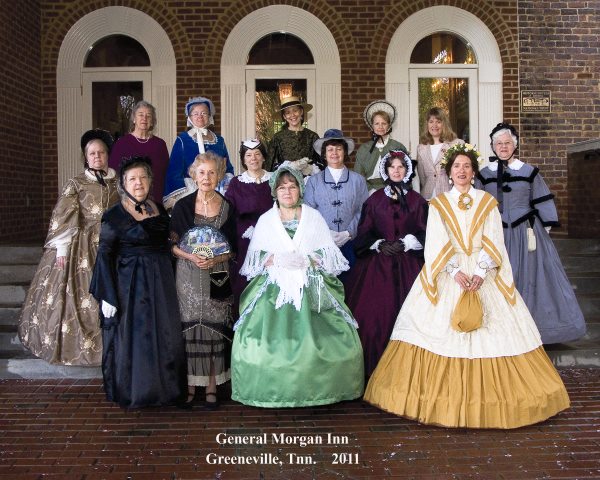