The ALP gathered in Columbus, OH for 2013 (April 11-14) where we were treated to a “weekend with our Ohio generals.” During the weekend, we enjoyed presentations by Gen. Grant (member Larry Clowers) as well as Gen. Rosecrans (Ohio resident Tom Paul) and Gen. Sherman (Ohio resident Frank Bullock, who is actually a resident of Sherman’s hometown of Lancaster, OH and affiliated with the Sherman Birthplace Museum). We also were educated by our Secretary of the Treasury, Salmon Chase (also a former Ohio governor who was portrayed by Ohioan Monty Chase, who is a relative of Salmon Chase). Our final guest speaker was Frederick Douglass, portrayed by member Michael Crutcher.

Our tour day included a visit to the Ohio Statehouse (which was actually finished in 1861, just before Abraham Lincoln arrived on his inauguration train). Lincoln was one of the first persons to speak in the newly completed building when he addressed the state legislature in February of 1861. We were permitted to use the statehouse chambers, where member Jerry Payn recreated Lincoln’s speech from that day in 1861. We then made a short visit to the Camp Chase Cemetery which is a burial site for 2200 Confederate POWs and was on a site of both a POW camp as well as a muster in point for nearly 200,000 Union soldiers. We also saw a large mural that commemorates Camp Chase (named for Salmon).

Our tour continued to Lancaster, OH to visit the Sherman House museum, then to Groveport, OH for a tour through the Motts Military Museum, which commemorates all wars, but has a strong Lincoln and Civil War displays.

During the evening, we were treated to a highlight for many of our members as the Encore Academy in Reynoldsburg, OH performed “Our American Cousin,” the play which was performed the night Lincoln was assassinated. Before the play, the school treated us to dinner. We then were part of an audience of 300-400 people (including many other re-enactors in period dress), who thoroughly enjoyed the play. It turns out that the play still is funny and does translate well to present times, as the audience repeatedly laughed heartily at the pratfalls of the characters. And, unlike April 14, 1865, this night the play was concluded (although the cast did pause for a moment of reflection after Lincoln was shot at the end of that “sockdologizing old man-trap” line). The school recorded the play and copies are still available for $10 each. John Cooper, expects to have a few copies with him at the 2014 convention. This may be the only recording of this play available anywhere. In fact, the school had to imagine and create all of the stage actions in the play as all they could find was just the script with words and no directions included.

For many, the convention highlight was Saturday, when we spent all afternoon and evening at the Ohio History Center in Columbus. Our members performed two one-hour programs for the center’s patrons (and our own members) where ten of us took turns offering reflections of portions of Lincolns life. These programs were also recorded and all attendees received a copy as part of conference fees. Those who did not attend can buy a copy through John Cooper for $10 (also should be available at 2014 convention). We also had a four member panel (Damron, Elliott, Mansfield, and Cooper) that led a discussion with audience members on “How I Became Lincoln,” while others were treated by the Center in a program on period dress, using samples from the history center’s collection.

Our Saturday evening was a “Dinner with Lincoln,” also at the center. Patrons paid to have dinner with our members with a Mary and Abraham Lincoln seated at each table. After dinner, our evening program included the presentations by Frederick Douglass and Gen. Grant.

We had one more enjoyable event on Sunday morning, as all of those who stayed over attended church in Pickerington, OH. About 45 total attended, including 23 Lincolns, as well as Gen. Grant, Gen. Rosecrans, Frederick Douglass, and a couple new convention guests, Gen. Garfield and Jefferson Davis (yes, that rebel guy, portrayed by Ohioan David Walker). What made the church service extra special was the preaching by member Chris Small, who performed in character and preached on the spiritual journey of Abraham Lincoln. (The church provided a recording of the service, which was distributed to all members who attended). Nine of the Lincolns also joined voices as the “Singing Lincolns,” directed by Stan Wernz, as we sang a few of our traditional hymns. The church then provided a good luncheon for us and one of the church’s groups (known as the “Old Kids Club,” maybe because they are in our age group), served the luncheon and then joined us for lunch. We all then said our sad good-byes, promising to meet again next year. 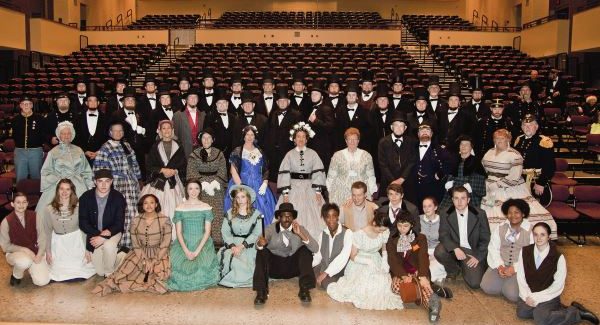 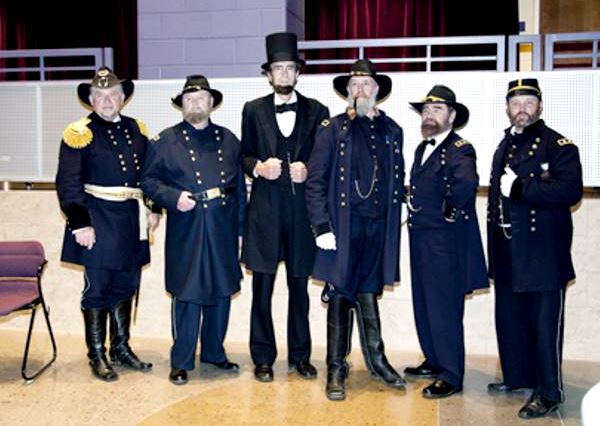 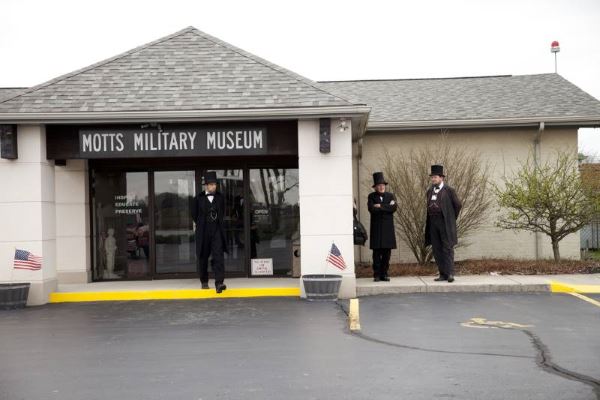